We shall build a peaceful Federal Democracy Union which guarantees freedom, justice and equality.

To build the Union, we believe in and accept the following as values:

Despite such brutal acts of the military terrorist, we have seen millions of people going out of their houses, taking to the streets and exercising democracy to end the military dictatorship and restore our hard-earned democracy. Thank you, people. Thank you very much for your bravery. As the vice-president of the country, I would like to pay tribute to the sacrifice of those women and men, girls and boys who courageously fought for our freedom to the point of losing their lives. They are our heroes; they will go down in history as the heroes of democracy and the heroes of the people. We will always pay tribute to the ultimate sacrifice they made for the freedom of our country. Condolences to those who have lost their children, their parents and their loved ones. My heart is also broken. We will never forget your loss. I also give this pledge to you: we will work as long as it is needed to bring those responsible for loss of life to justice. We will bring to daylight truth; full truth and we will bring justice. Thank you very much!

All the people, including the youth, are working to overthrow the military dictatorship in various ways and means, and we will work with the organizations and countries that will provide assistance to our country in various ways and means. Justice will be only brought about for those who paid with their lives in this revolution only when the military dictatorship falls.

As now is the best time to fight for the overthrow of the military dictatorship, I would like to appeal to all the people of Myanmar to continue the fight bravely with the spirit of victory in mind.

When we succeed, our government will repay and work for the establishment of a Federal Democratic Union that all people aspire to. 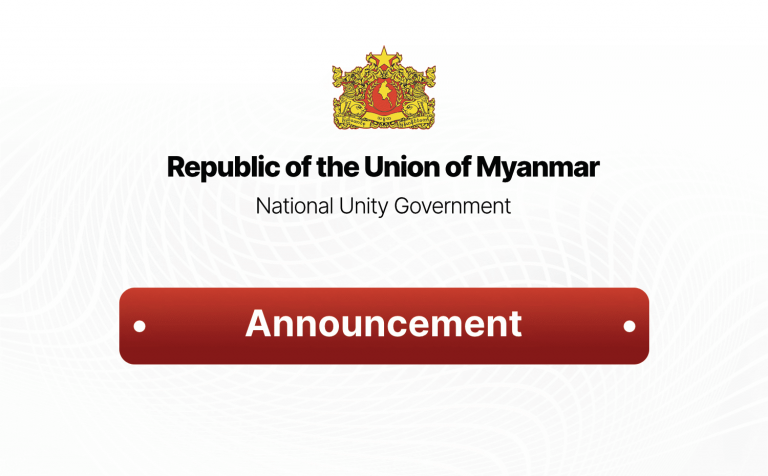 26 January 2023 Your Excellency, On the occasion of India’s 74th Republic Day today, I would like to express my warmest wishes for a great day to the people of India and the Republic of India. We, as a neighboring country, are exceptionally delighted and proud that this wonderful day...

Announcement No. 3/2023 23 January 2023 The military junta is continuing to conduct airstrikes against civilians throughout Myanmar. Hundreds of people have been killed in these airstrikes. Pilots and commanders are targeting schools and hospitals in offensive and unwarranted actions that constitute clear war crimes and amount to crimes against... 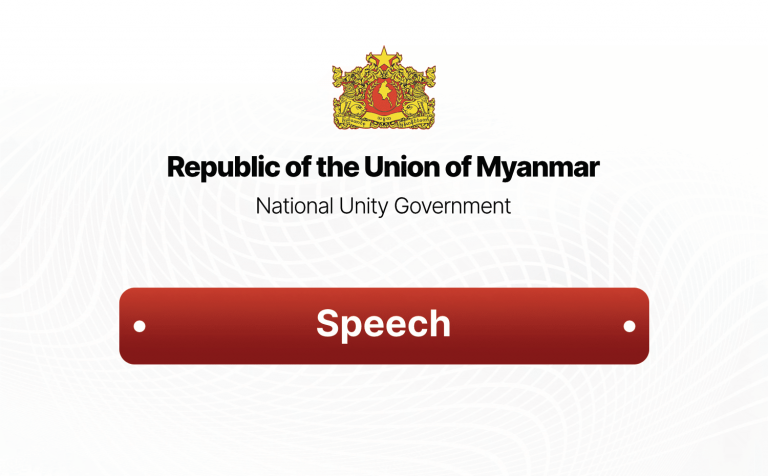 22 January 2023 Your Excellency, On the occasion of the Lunar New Year 2023, firstly, we would like to wish the people of China and People’s Republic of China with peace and prosperity. The past year of 2022 has been a flourishing period of success for the people of China,...